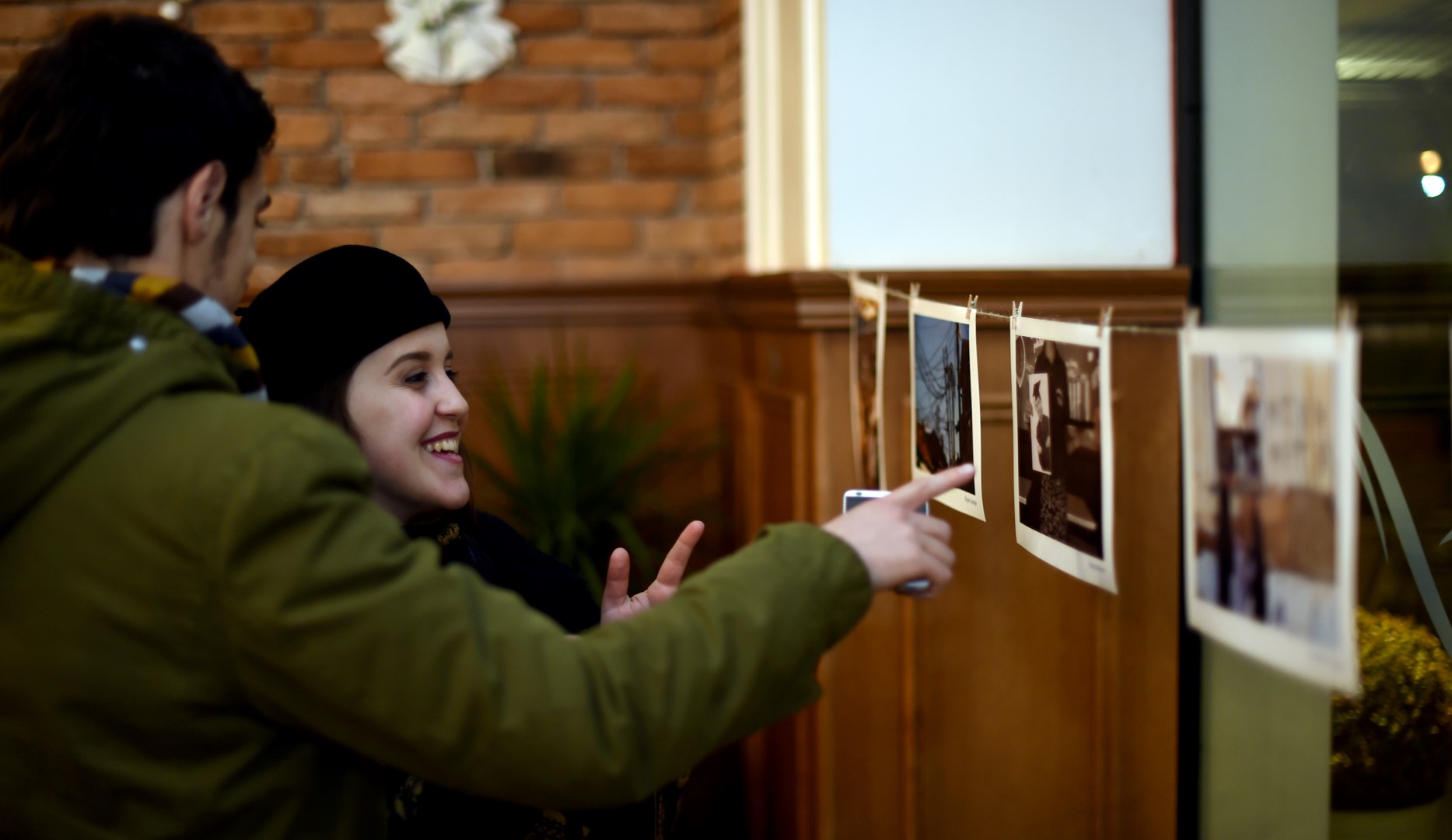 To mark the International Anti-Corruption Day, UNDP and Kosovo Democratic Institute (KDI) organized an exhibition with 20 best photos from over 130 that were posted on social networks by more than 100 citizens. The competition for best online photography on the theme “Because-of-the-Corruption” was open to all enabling posting photos on social networks: Facebook, Twitter, and Instagram with hashtag #fajikorrupsionit.

All displayed photos had powerful messages that were best described by Arbër Elezi, one of the winners when he said: “For me as a teacher at the music school in Gjilan/Gnjilane, it was exceedingly hard to photograph my students collecting trash. They asked me not to publish this picture, but I cannot not publish the harsh reality and the serious situation that they are experiencing.”

Andrew Russell, the UN Development Coordinator and UNDP Resident Representative congratulated all participants in the competition and stated: “Kosovo is not alone in the fight against corruption because it is global war.” Artan Canhasi of KDI, a branch of Transparency International for Kosovo remarked that the photos represent the civic courage to report corruption and its effects as seen by the people”.

Photo competition that used #fajikorrupsionit, #zbogkorupcije, and #becauseofcorruption   as keywords to enter the contest was one of the many activities of UNDP’s Support to Anti-Corruption Efforts in Kosovo (SAEK) project funded by the Swiss Development Cooperation, taking place around 9 December, International Anti-Corruption Day.

Tackling corruption in the construction sector of Mongolia