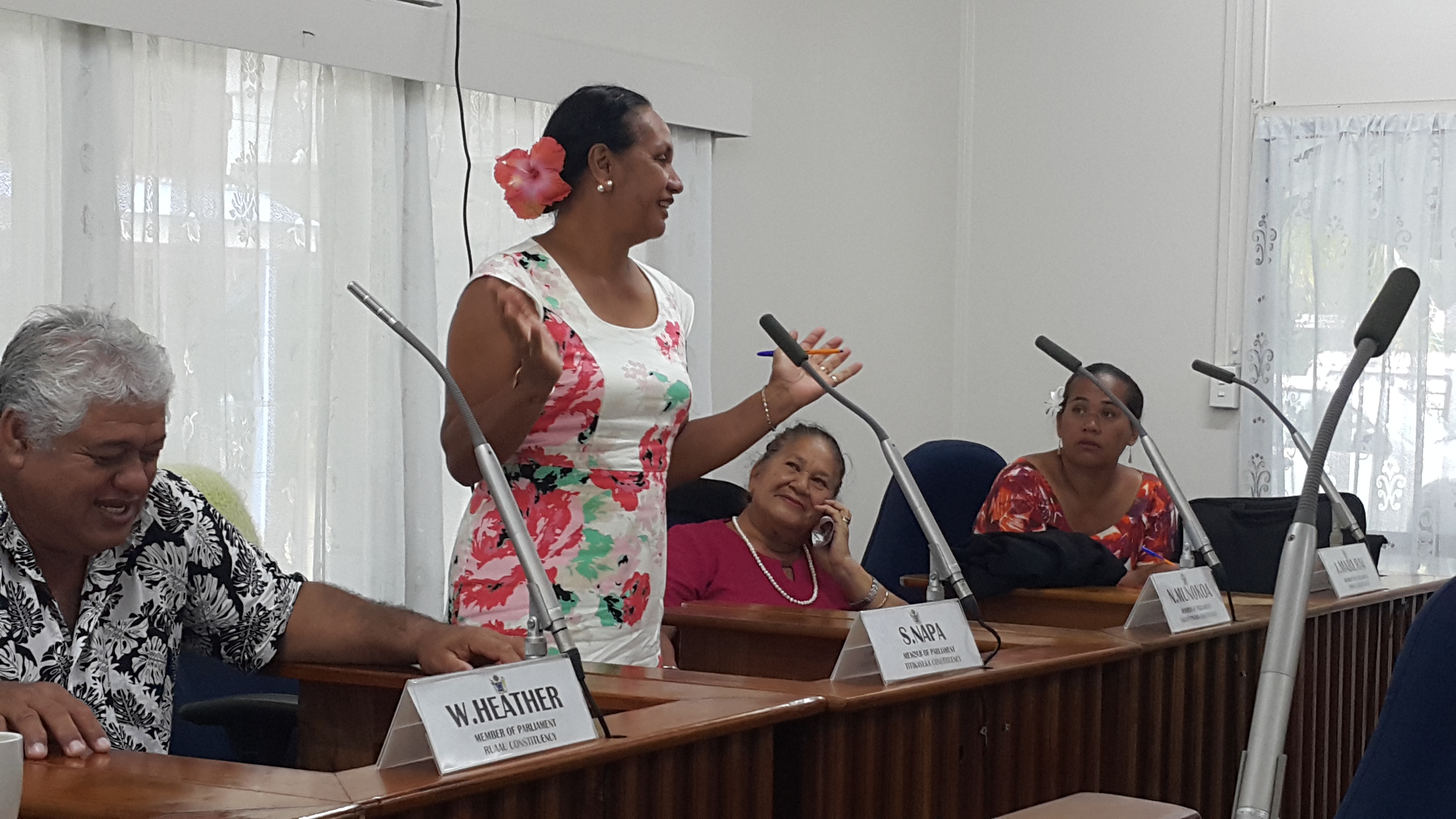 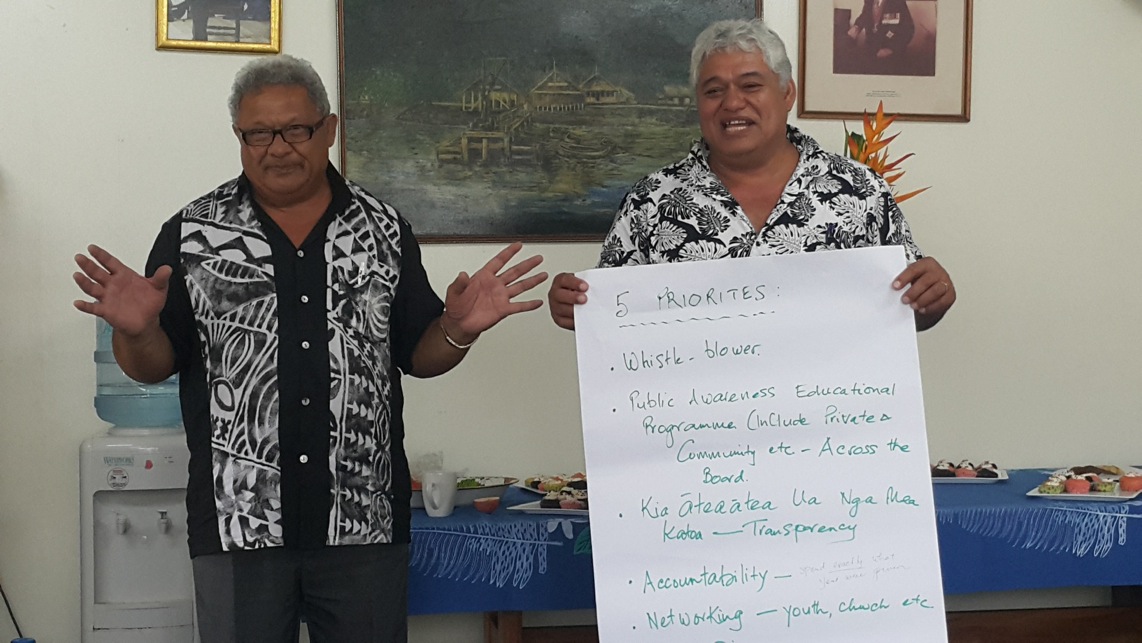 COOK Islands parliamentarians committed to enhancing their oversight of anti-corruption and engage more strongly with the UN Convention against Corruption (UNCAC) during a workshop at the Legislative Assembly Chamber of the Cook Islands Parliament.

“The more we are open and transparent as a Government, the more we can contribute to creating a remedy to address corruption,” said Minister Glassie.

In opening the workshop, Cook Islands Speaker Mrs. Niki Rattle said that increased transparency must be accompanied by heightened accountability.

“We also need to ensure that we couch our anti-corruption prevention in ways that are easily understood by our diverse and isolated population,” said Mrs. Rattle.

The Parliamentarians at the workshop included the Deputy Prime Minister Honorable Teariki Heather, several Ministers and Leader of the Opposition, William Heather. All the women parliamentarians in parliament, who are also active GOPAC members, also attended.

UN-PRAC Adviser Annika Wythes emphasized that “Parliamentarians have a key role to play in preventing and indeed fight corruption, often leading by example.”

Parliamentarians also have a major role in approving and reviewing international obligations such as those contained in UNCAC. The Global Organization of Parliamentarians against Corruption (GOPAC) works with UN-PRAC on parliamentarian engagement in the Pacific and GOPAC Oceania chair John Hyde helped facilitate the Cook Islands workshop along with elections for the GOPAC Cook Islands committee.

The second day of the workshop concentrate on a new Code of Conduct for Cook Islands Parliamentarians and strengthening oversight through a newly constituted Public Accounts Committee, along with the biennial elections for a new GOPAC Cook Islands committee.

The Australian Government is supporting the UN Pacific Regional Anti-Corruption (UN-PRAC) Project, a four-year USD$4.3 project in the 15 Pacific nations being implemented by UNODC-UNDP.

Anti-Corruption and Integrity in the Arab Countries project: Updates