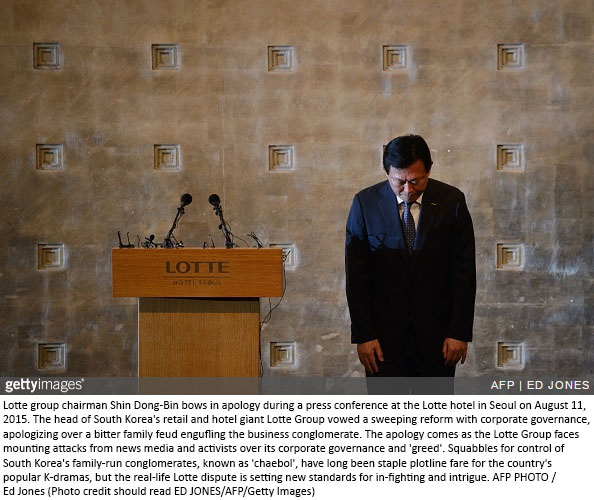 Legal persons dominate today’s global economy. Large multinationals engaged in transportation, construction, telecommunication, mining, energy, chemicals, and many other sectors have a huge share of global business activities. This puts them at risk of getting involved in high-level corruption cases.

Perhaps not surprisingly, many of the biggest corruption investigations today concern legal persons rather than natural persons. For example, China fined GlaxoSmithKline, the UK’s biggest pharmaceutical firm, $490 million after finding it guilty of bribery. The U.S. Department of Justice imposed nearly $220 million in fines on Japanese company JGC for bribing Nigerian officials to secure development contracts for liquefied natural gas facilities. More recently, government agents raided the headquarters of Lotte group¬-among the largest conglomerates in South Korea-as part of a corruption probe. One of the highest fines ever imposed occurred to Alstom S.A., a French power and transportation company, sentenced to $772,29 million. Overall, Alstom paid more than $75 million in secret bribes to government officials in several countries, such as Indonesia and Taiwan.

Criminal prosecution has an important deterrent effect on corruption. However, punishing only natural persons in cases that directly involve corporations might not be enough. We need to establish clearly the liability of legal persons for corruption offences in order to deter corporations willing to break the rules. This is easier said than done. Many countries today remain reluctant to impose criminal liability on legal persons because of a strict adherence to the traditional maxim that requires moral culpability for the commission of criminal offences.

Article 26 of the United Nations Convention Against Corruption (UNCAC) establishes the liability of legal persons as a mandatory provision. At the end of 2015, ten of the eleven countries in the Southeast Asian region had completed or were concluding their first cycle review (Chapter III and IV) of the UNCAC, which included Article 26. The review found that most Southeast Asian countries do not sufficiently cover the requirements of UNCAC Article 26. Even in countries where the appropriate legislation is in place, there have been only few prosecutions and convictions of legal persons for corruption offences.

In addition, eight of the ten Southeast Asian countries that have completed their first cycle review do not have specific legislation explicitly addressing the issue of active bribery of foreign public officials and officials of public international organizations, as required by UNCAC Article 16, Paragraph 1. Foreign bribery is an act involving a foreign national providing or offering a benefit to another person from a different country, or causing a benefit to be provided or offered to another person from a different country, where the benefit is not legitimately due. This issue is very relevant given the high degree of economic development and integration among the countries in the region.

To support ongoing anti-corruption reform efforts in the region, the Regional Office for Southeast Asia and Pacific (ROSEAP) will organise a Regional Workshop on Liability of Legal Persons for Corruption Offences at the National and International Level, in Bangkok, Thailand, on 16-17 August 2016. The workshop will bring together about 50 policymakers and practitioners from across Southeast Asia and beyond. The goal is to raise awareness on these topics among public officials from the region and strengthen legislative and implementation capacities of the national authorities in ASEAN with regard to Art 16 and 26 of the UNCAC.

Open Government for Sustainable Development in Asia-Pacific: Results are in!