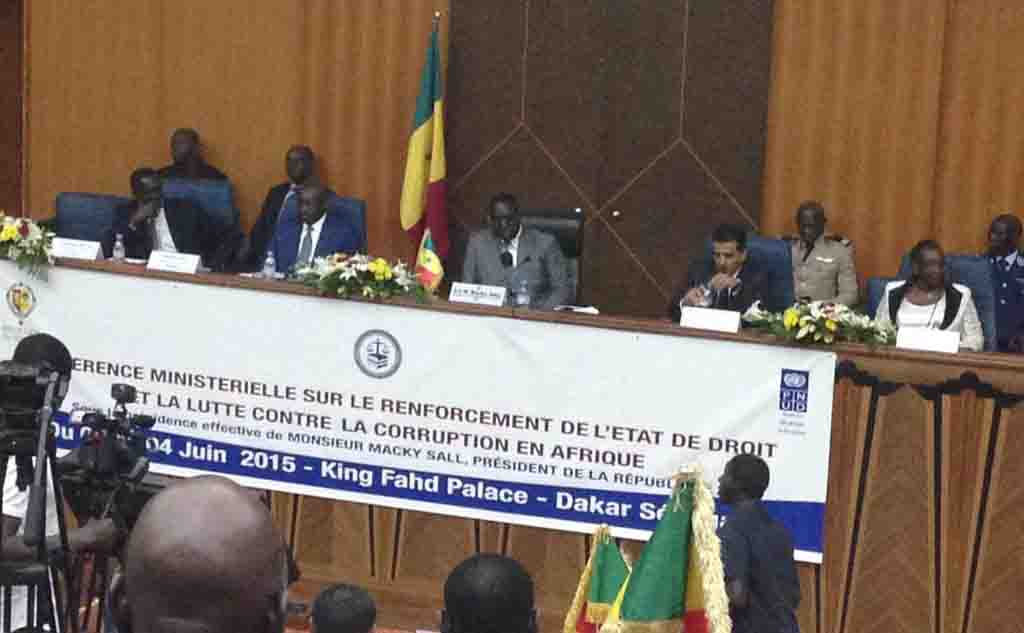 2 June 2015 – The Ministerial Conference on Strengthening the Rule of of Law and the Fight Against Corruption in Africa was initiated in Dakar, Senegal. Over fifteen Justice Ministers from West Africa are meeting from 2 to 4 June 2015, where they will reaffirm their willingness to strengthen the rule of law, fight against corruption, and to promote access to justice for all. The recent report of the High Level Group on Post-2015 UN Development Agenda underlines the centrality of good governance and the rule of law as promoters of sustainable development. Many African countries are signatories to international and regional conventions on the matter. However, their implementation faces significant challenges, including the exclusion, conflict and transnational crime.

The three-day conference will be divided between plenary sessions and panels. Participants include His Excellency Mr. Macky Sall, the President of the Republic of Senegal, Ali Fetais bin Al-Marri, the Attorney General of Qatar, and Abdoulaye March Dieye, the Director of the UNDP Regional Bureau for Africa, alongside more than 15 African Ministers of Justice, heads of international institutions, UNDP experts, organisations and representatives of civil society and NGOs.

With UNDP support, the final document and recommendations will be compiled into a single report that will be shared with both participants and the press.