On the International Anti-Corruption Day, “Carla’s Dreams” music project encourages young people to believe in themselves and break the corruption chain 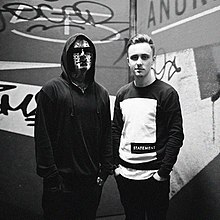 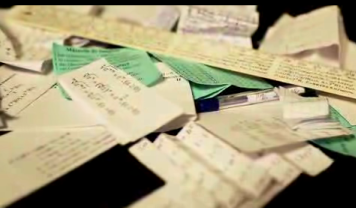 On the International Anti-Corruption Day, the Carla’s Dreams music project urges young people of the Republic of Moldova to rely only on their own efforts and break the corruption chain. Their message appears in a short video produced with the support of the United Nations Development Programme (UNDP) in Moldova.

The members of Carla’s Dreams said that “The topic of this video is very important for children and young people, as it is imperative for them to understand that confidence in themselves, their skills and knowledge is the greatest power they can have. Grades and results achieved using different tricks like plagiarizing and nepotism can be deceptive. The situations illustrated in this video happened to some of us as well during our school years. This is precisely why we liked the idea of participating in such a project”.

The video will be broadcast by several TV stations with both national and local coverage, as well as shared on social networks.

Dafina Gercheva, UN resident coordinator and UNDP Resident Representative in Moldova, stated that “Although, at first glance, phenomena such as cronyism, plagiarism and cheating seem minor issues, nevertheless, they trigger and are part of corruption in the education system. We urge young people to break the corruption chain and be confident in what they know, hold and can get as a result of their daily efforts”.

In addition, the UNDP also supported a drawing contest entitled “Talent does not accept bribes. Integrity portrayed in pictures” dedicated to the International Anticorruption Day. The contest gathered over 500 works made by pupils and students of Moldovan art schools and colleges. The competition selection committee analyzed and appointed 13 winning works, while another 26 young artists were offered prices for participation.

The International campaign “Break the Chain of Corruption” is being implemented in Moldova several years in a row on December 9, the International Anti-Corruption Day, within the “Youth for Transparency in the Education” project implemented by UNDP in partnership with the Ministry of Education.

In addition, as part of this project, students from 22 rural lyceums in 11 rayons of the country were involved in activities aimed at raising awareness and identifying solutions for preventing and combating corruption in schools and promoting academic integrity. Moreover, the young people involved in the event, following their participation in the Fairplay Autumn School, wrote a hymn for youth who want to bring change in the education system. The games played at Fairplay were reproduced by young people in their schools, and also at the National Pupils Council, to raise awareness and encourage youth to act against corruption in the education system.

The International Anti-Corruption Day is celebrated internationally since 2003. Beginning with 2009, the United Nations Development Programme (UNDP) and the UN Office on Drugs and Crime (UNODC) have joined efforts to promote this campaign globally and urge governments, the private and non-governmental sectors, the media and citizens worldwide to take action against corruption.

Let’s talk about corruption. But let’s start with transparency and accountability