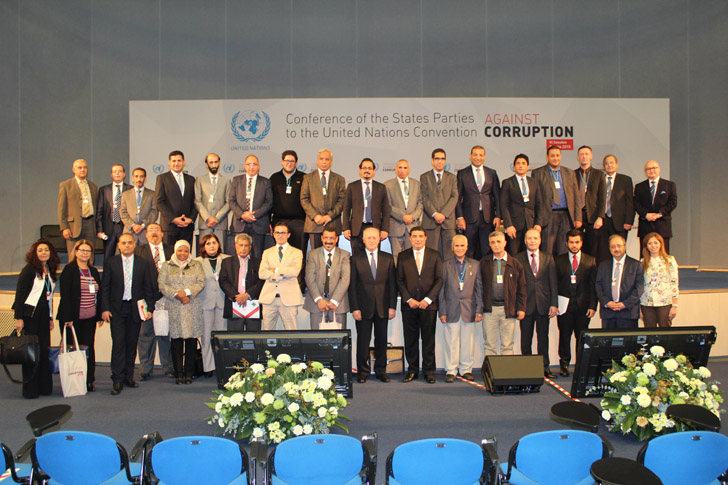 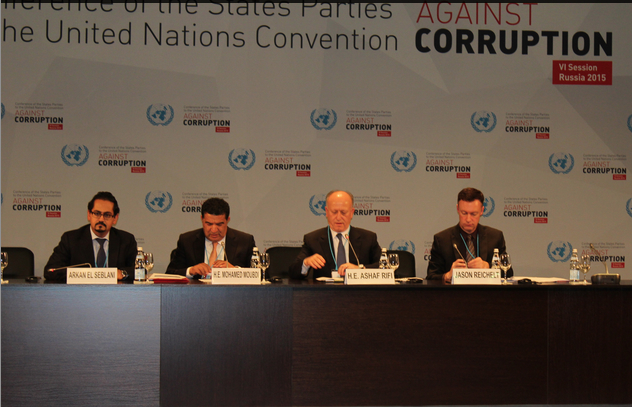 UNDP, UNODC, and the Kingdom of Morocco supported the Arab Anti-Corruption and Integrity Network (ACINET) in organising a special event that focused on the Arab region on the sidelines of the 6th Session of the Conference of States Parties to the UN Convention against Corruption (UNCAC), held in St. Petersburg, Russia, on 2-6 November 2015.

The special event, “The UNCAC and the ACAC: Synergies and Implications for Anti-Corruption Legislations in the Arab Region”, was held on 4 November. Over 60 representatives from delegations including ministers, representatives from national authorities and civil society organizations attended the event, which included as panelists Ashaf Rifi, Chair of ACINET and Minister of Justice of Lebanon, Mohamed Moubdi, Minister in charge of Public Service and Modernization of the Administration in Morocco, Jason Reichelt, representing UNODC, and Arkan El Seblani representing UNDP.

This event presented a comparative analysis of the UNCAC and the Arab Convention against Corruption (ACAC), along with an update on the status of related laws in Arab countries and the linkages between the two Conventions and the 2030 Development Agenda, namely Goal 16.

Discussions focused on related challenges and needs for Arab countries, and reiterated the commitment to deepen regional collaboration on common priorities in the framework of ACINET. Participants also stressed the need to deepen UNCAC implementation efforts, namely in relation to corruption prevention and international cooperation, while also supporting the implementation of the ACAC based on a process or mechanism to monitor its implementation.

Jordan goes “beyond the minimum”