David Cameron: “Don’t Let Anyone Keep Corruption Out of How We Tackle Poverty” 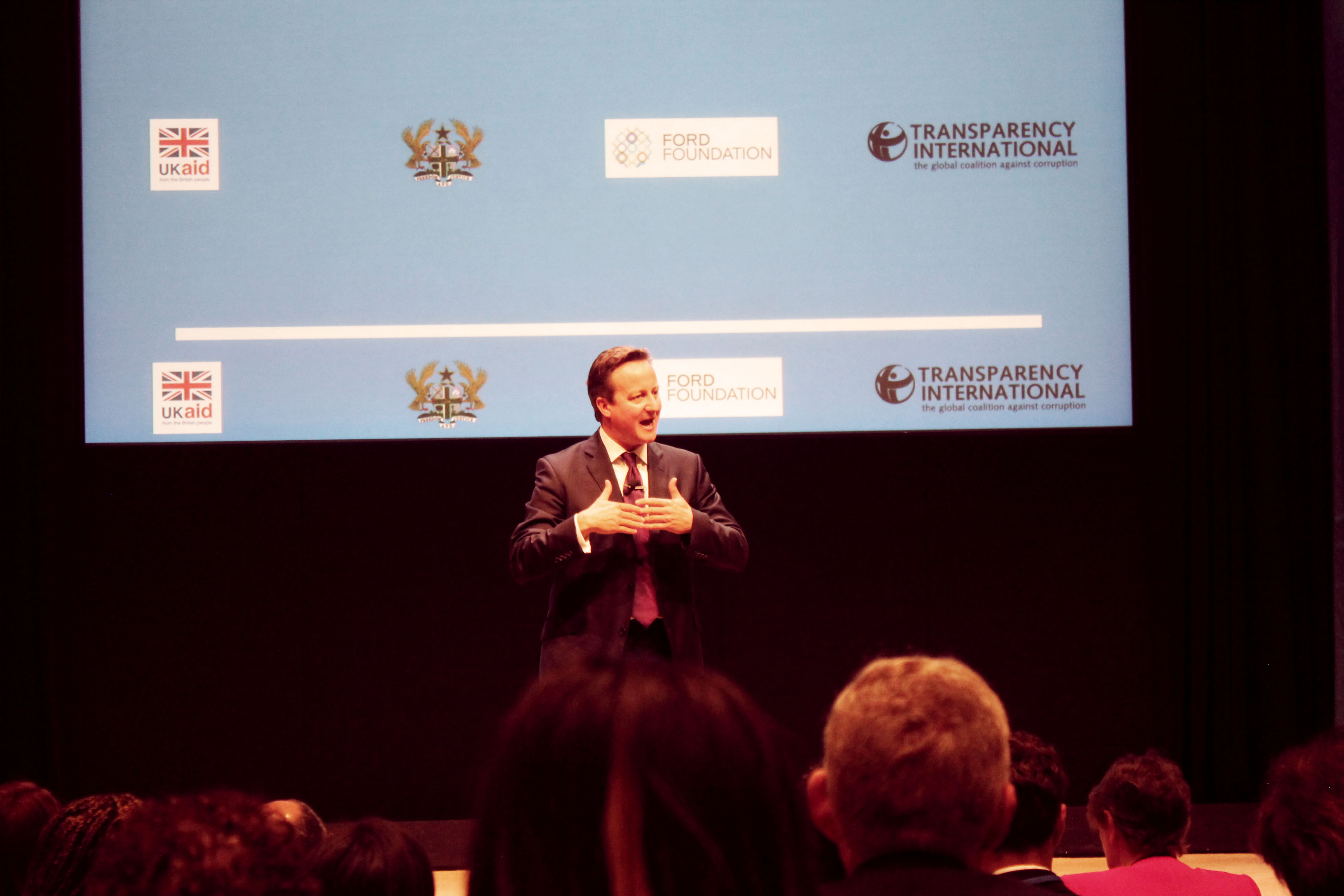 A discussion on transparency, accountability and inclusive institutions took place at a high-level event, “Building the world we want by 2030 through transparency and accountability” co-hosted by the Governments of Ghana, Mexico and the UK, and Transparency International during the 69th UN General Assembly on September 24th 2014. At this event, the British PM, David Cameron, Ghanaian President, John Dramani Mahama and UNDP Administrator, Helen Clark, among others, discussed the role of governance to tackle corruption and reduce poverty looking to the Post 2015 agenda.

Clark said that the UNDP has found that when governance is weak, risks of corruption and abuse of power grow, “making it harder, if not impossible, for countries, communities, and people to get ahead. Corruption can stand in the way of people getting basic services.”

David Cameron discussed how the world must tackle corruption to end poverty. “The more corruption in your society, the poorer your people are,” he said. He finished off his speech stating, “some people don’t want to include these issues in the goals. I say: don’t let them get away with it.”​

For more information in regards to the high-level event, click here.

For the full transcript of Helen Clark’s speech at the high-level event, click Here.