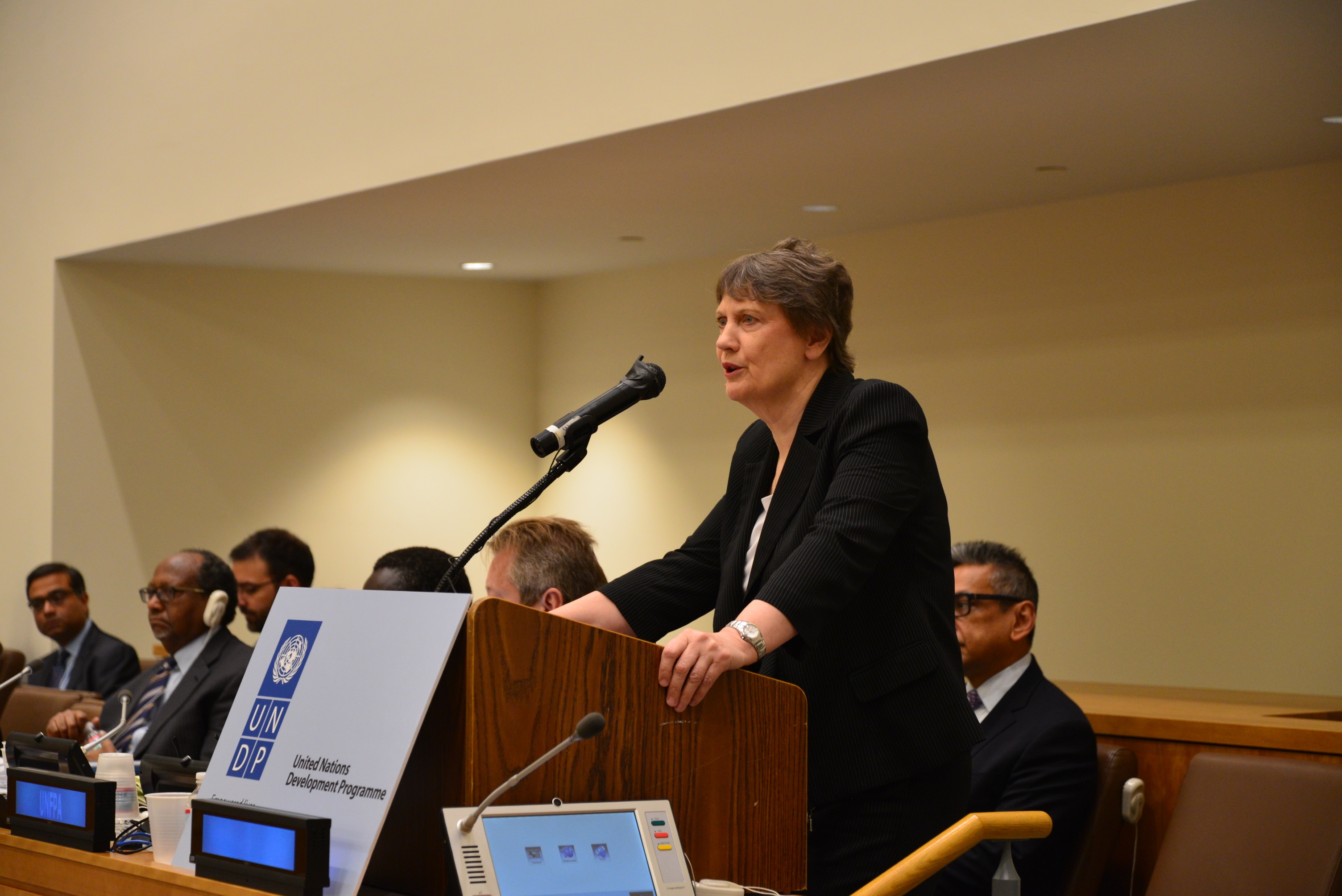 UNDP Administrator Helen Clark speaks to the Executive Board in New York. September 2013.

“Agreement on Goal 16 by world leaders resonates with the call by millions of citizens around the world who, when they were asked what they wanted included in the new goals, answered “honest and responsive government”. Goal 16 is also a natural fit with the objectives of the OGP. Its targets include:

• promoting the rule of law at the national and international levels, and ensuring equal access to justice,

• substantially reducing corruption and bribery in all their forms,

• ensuring public access to information and the protection of fundamental freedoms.

UN Member States were fully engaged in reaching agreement on the SDGs. That has resulted in widespread government ownership of the Goals, and keen interest in their implementation.”

Towards Effective Anti-Corruption Bills in Tunisia