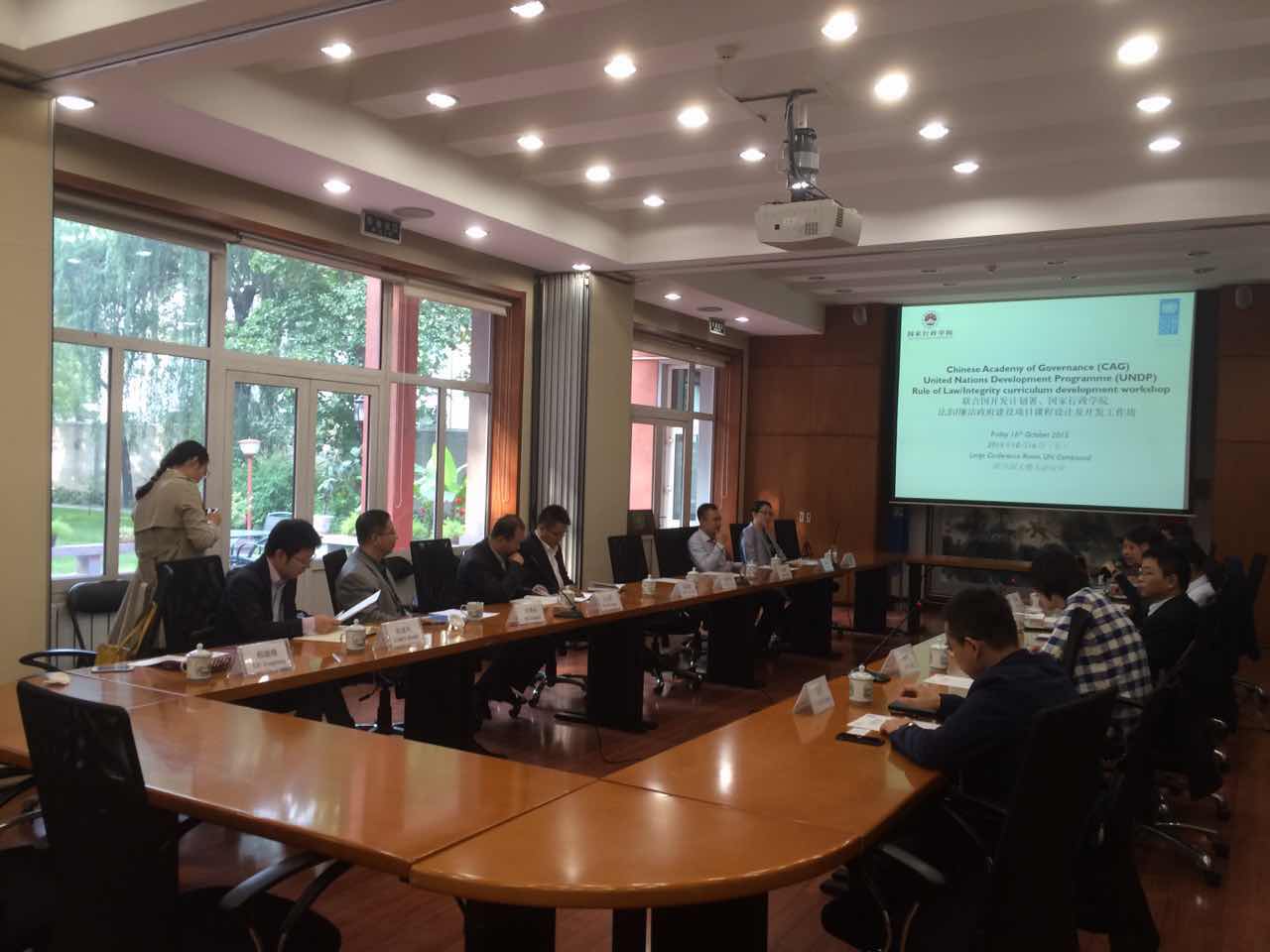 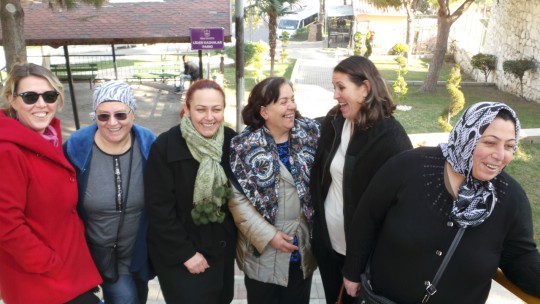 On 16th October 2015, the United Nations Development Programme (UNDP) in China brought together prominent Chinese anti-corruption experts from China Center for Comparative Politics and Economics, China University of Political Science and Law and Tsinghua University as well as representatives from the Central Party School and local Academies of Governance from Beijing, Shandong, Shanghai and Sichuan to discuss the design of an anti-corruption training curriculum for Chinese civil servants.

In the framework of the UNDP Global Anti-corruption Initiative, UNDP China has been partnering with the China Academy of Governance (CAG), previously China National School of Administration, a training institution for middle and senior government officials, to develop an anti-corruption curriculum to be incorporated within CAG’s department of law training programme, with the support from experts from the UNDP Bangkok Regional Hub and the Malaysia Anti-Corruption Academy, a reference for training civil servants on anti-corruption in the Asia Pacific.

Speaking at the opening of the workshop, Ms. Jade Mali Mizutani, UNDP Programme Manager, commended CAG for its contribution to promote the rule of law and integrity education for civils servants in China, noting that “building a culture of ethics and promoting an exemplary conduct within the civil service through integrity education is essential to a country’s development as a clean civil service is one of the cornerstones of effective governance, and training schools for civil servants play a leading role in corruption prevention”.

This initiative comes at a timely moment, after the Fourth Plenum of the Chinese Communist Party Central Committee has placed a special emphasis on the rule of law and building a clean government. This also comes as the United Nations has recently adopted a new global 2030 Agenda, known as the Sustainable Development Goals, including Goal 16: Peace, justice and strong institutions. According to estimates, the direct cost of corruption to socio-economic development in China amounts to as much as 3 percent of its GDP per capita, not to mention its many indirect costs. Integrity education has been identified by the Chinese Government as one of the means for combating corruption as part of its national integrity system and as reflected in the 2013-2017 country’s anti-corruption plan.

The workshop also provided a networking platform for training schools to share knowledge and experiences on ongoing integrity education initiatives. Participants welcomed this initiate as providing schools at both central and local levels with the opportunity to engage in a more systematic reflection on how to develop comprehensive integrity education curricula and training of trainers programmes. It is UNDP’s hope that this initiative will contribute to the efforts towards a more integrated approach to integrity education in China, as well contribute to reaching the development targets for the new 2030 Agenda.